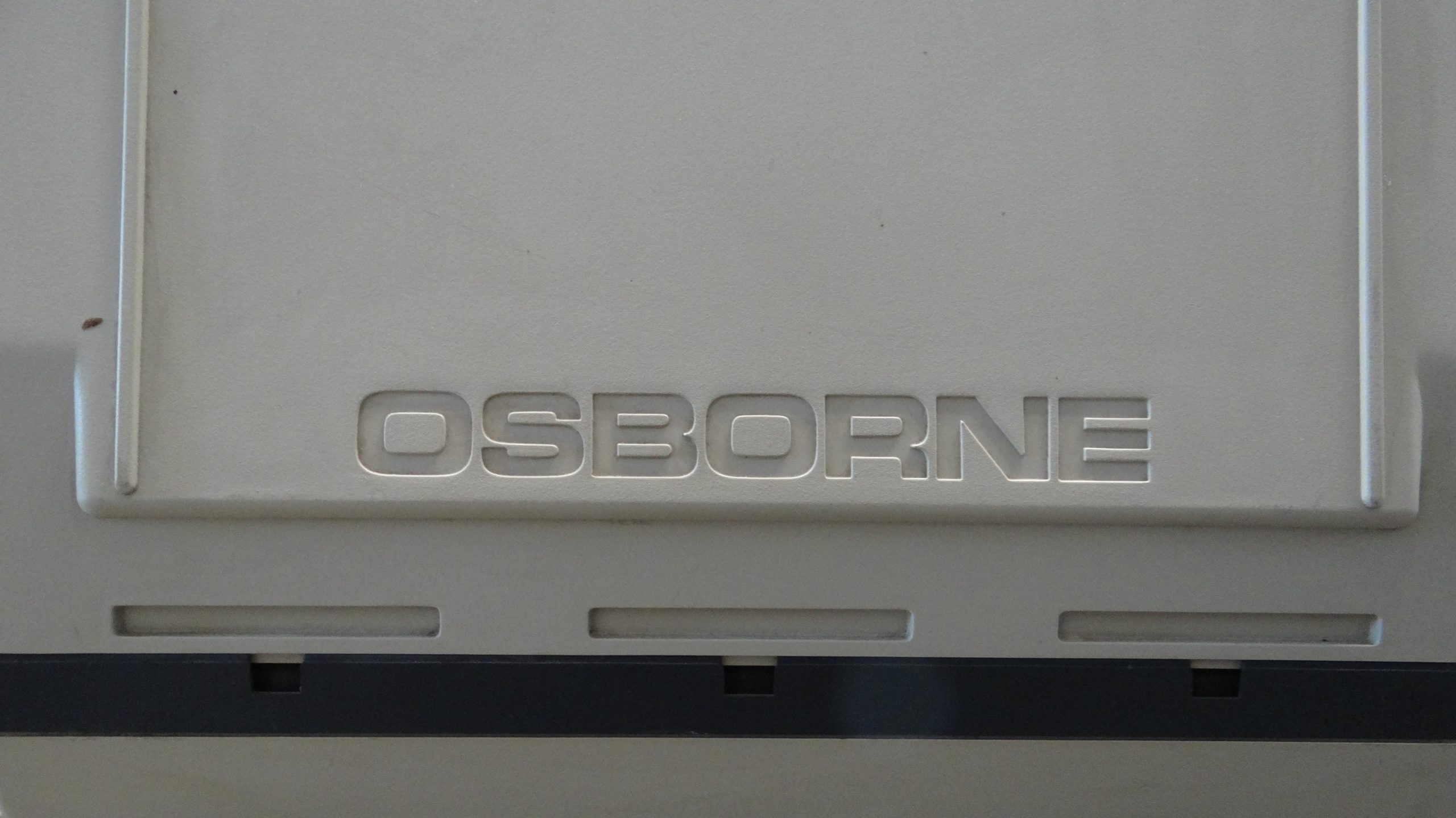 “Released in 1982, the Executive is the successor of the Osborne 1, from which it keeps the good points and correct its flaws. More memory, bigger screen, more powerful software and… higher price. When closed, the Executive looks like a sewing machine!

In the center, one can find the built-in amber monitor (13 x 10 cm) bigger than the Osborne 1 one. The built-in monitor was the main flaw of the Osborne 1. This tiny screen was displaying 52 of 132 virtual columns (this was done by scrolling), resulting in 2 mm high characters! The Executive has a wider screen which can really display 80 columns, though some critics said it was still too small.

Though most reviews said it had 128 KB, the Executive is equipped with 124 KB from which only 60 KB are left free for the user. The missing 4K was because of the bank switching it couldn’t switch the whole 64K only 60K could be switched the 4K had to remain common.”