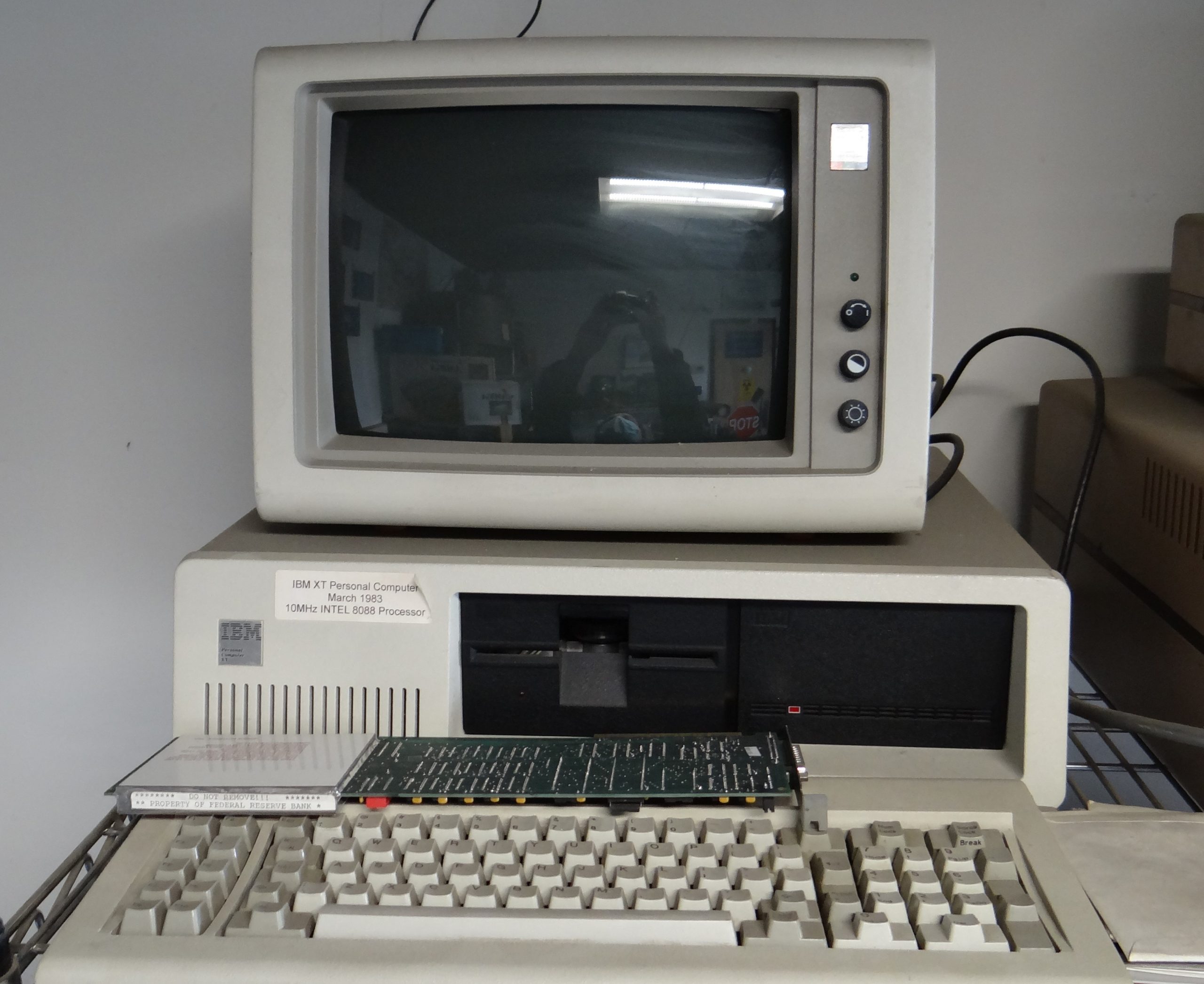 “The IBM PC XT is the successor of the IBM PC. The XT stands for EXtended Technology and was introduced in early 1983. It has enhanced features: CGA graphic card, hard disk, more memory, and no more tape port! There are in fact two versions of the XT motherboard; the first one can accept from 64k to 256k RAM, whereas the later one has support for 640K RAM max, the 101-key keyboard, and a 3.5” FDD. In addition to the removal of the cassette port, the XT also had eight 8-bit ISA expansion slots VS the PC’s five. The XT’s slots were also positioned closer together, the same spacing all PCs still use today. This made old PC’s totally worthless because you couldn’t buy an XT clone board and drop it into a PC case. Eight slots was a huge boon to the “power user” who had previously found himself having to pick and choose what upgrades to install in the paltry five slots of the PC.”