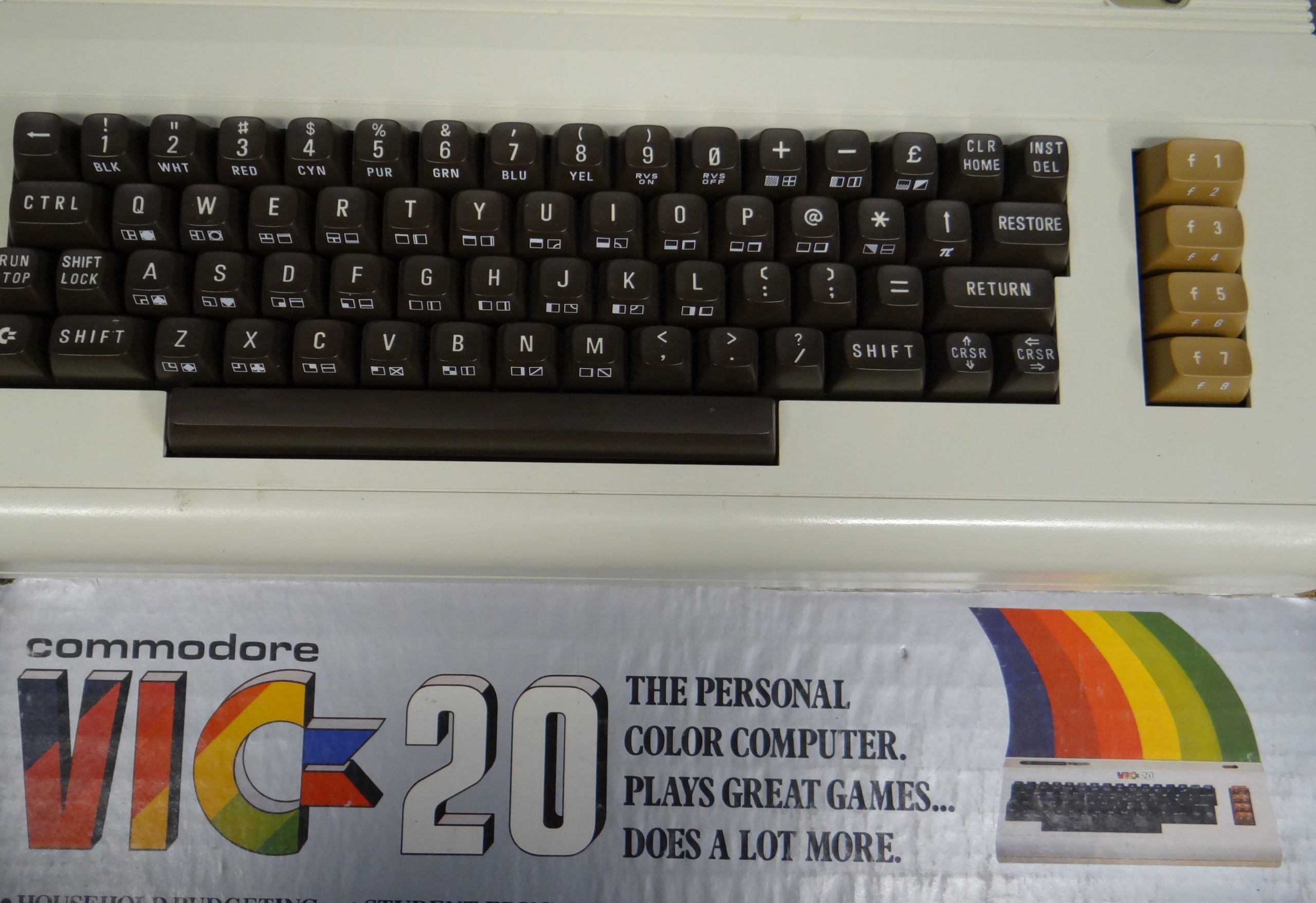 “The VIC-20 was the first computer to sell more than one million units. VIC referenced the VIC-I (Video Interface Chip) chip used for graphics and sound. The VIC-20 had a 22 character per line limit, and sported 5KB RAM and 16KB ROM. The VIC-20 was initially launched in Japan in 1980 with Japanese ‘Katakana” set of characters. It was subsequently released in North America in May of 1981.

Thanks to the colorful graphics and low cost, the VIC-20 was an immediate success. At its peak, more than 9000 units rolled off the assembly line each day. Adding to its success was the fact that it was the first color computer to break the $300 (USD) price barrier.”