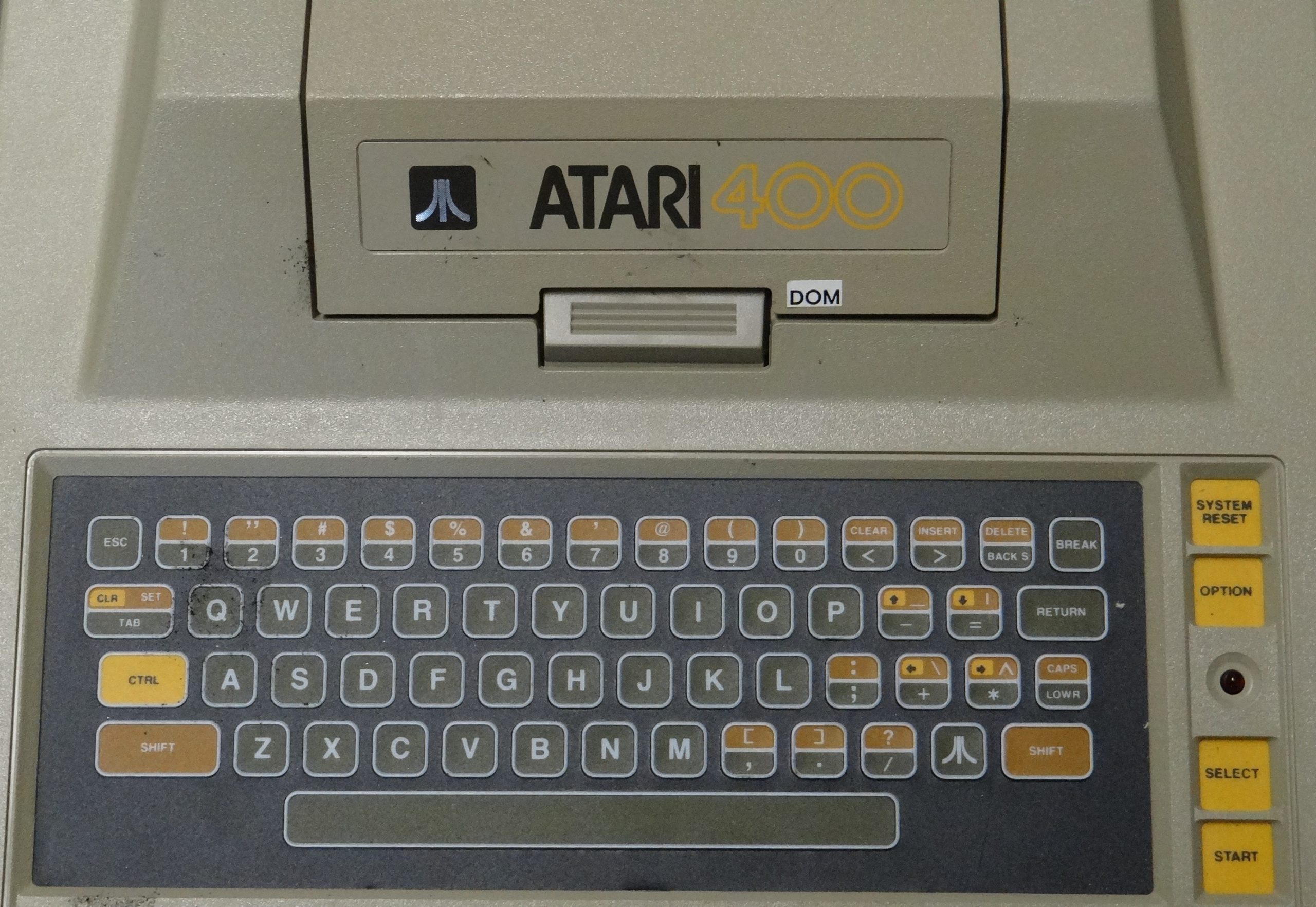 Released in November 1979, the Atari 400, code name “Candy”and the Atari 800 were the first home computers to use custom coprocessors and the first to use “sprites” and special video interruptions like display lists, features that will be implemented later on the Commodore 64 and Amiga. It offered high graphic resolution, lots of colors and great sound capabilities, more than other computers could do then!

The two models had same characteristics, the 400 is the low-cost version, it has only 16 KB (instead of 48 KB), one cartridge port (two for the 800) and a membrane keyboard (a typewriter style keyboard one for the 800). Originally, the 400 was sold with 8 KB RAM, but later most 400s were shipped with 16 KB. The expansion in the 400 was only available by removal of the top half of the case, as it did not open past the program cartridge slot, and was only possible through a registered Atari dealer.