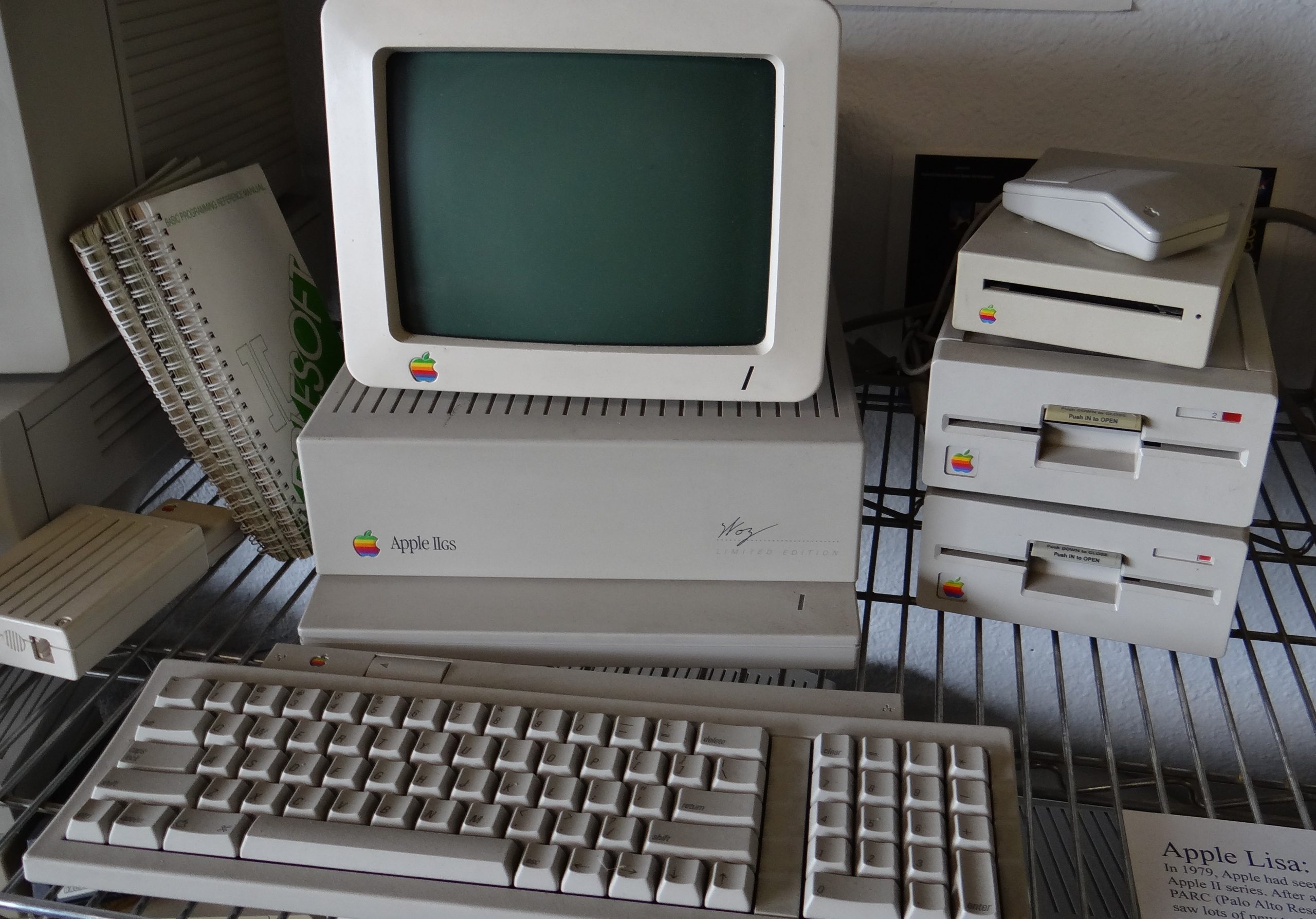 “In 1986, Apple released the fifth and final model in the Apple II series, the Apple IIgs. The Apple IIgs was designed in response to the Amiga 1000 and Atari 520ST computers & could be considered a cross between the Macintosh & Apple II. It was (and still is) a quantum leap for the Apple II line. Sales were strong initially and the IIgs even outsold the black and white Macintosh units that were its contemporary. The Ensoniq chip in the Apple IIGS was a brilliant move by Apple, but it drew a lawsuit from Apple Records, the Beatles’ record label. Apple never again put a synthesizer chip in any computer. Even today, the Macintosh does not have hardware synthesizers. The Macintosh works around this by using software-based synthesis.

The Apple IIGS often shipped with the Apple High Speed (DMA) SCSI controller in an expansion slot for controlling SCSI devices. Even 100MB Zip Drives and 1 GB Jazz Drives work on this SCSI port. A SuperDrive controller could be added for using 1.44MB high density floppy drives. Sadly, Apple wanted Macintosh to be its future. The total number of advertisements and commercials for the IIgs could probably be counted on one hand. The Apple IIgs disappeared from the market in 1992.”