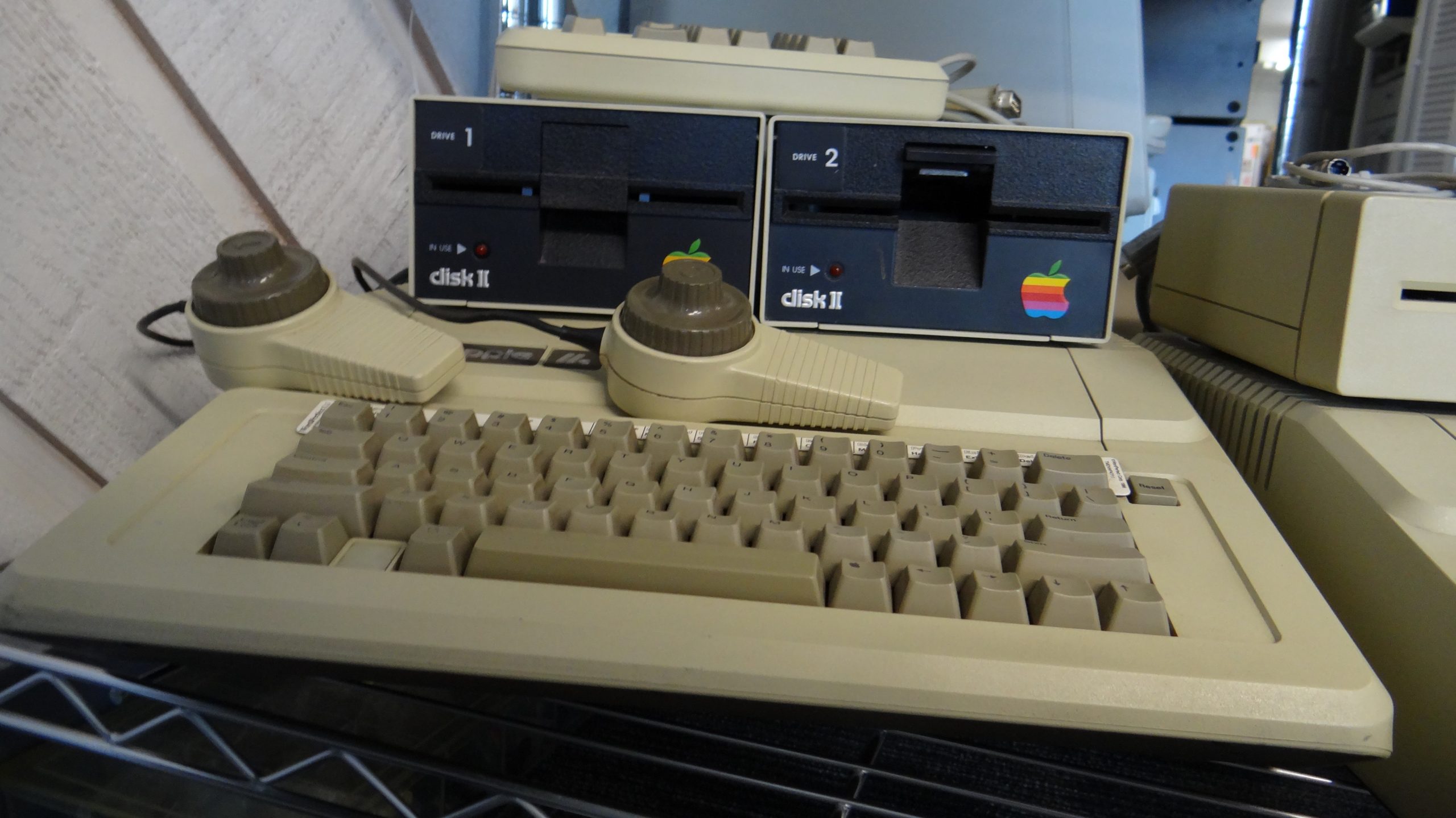 “After having sold more than 750,000 Apple II and II+ systems, making it one of the best-selling brands in the global computing market, Apple released an updated version of the II+, the Apple IIe (‘e’ standing for enhanced) in 1983. It also met with very great success and was widely used in schools.

While retaining the previous model’s capabilities and software library, the enhanced version featured a revised logic board, keyboard and case design. It was originally delivered with DOS 3.3 (the Apple II operating system) and later with PRODOS. The Apple IIe borrowed some features from the Apple III, 80-column text and lowercase support.”