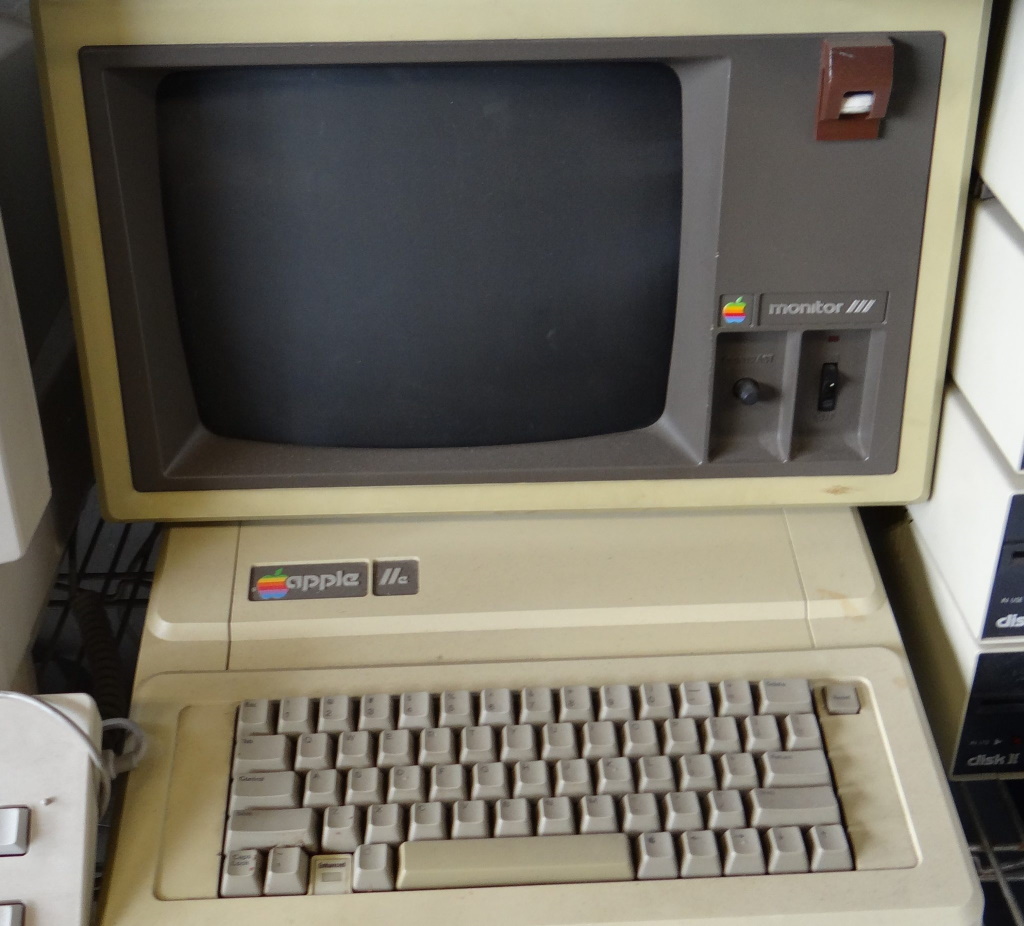 “The Apple IIc was the compact (the “c” stands for compact) version of the Apple IIe. It had the same basic characteristics as the Apple IIe but included a lot of features which were optional on the IIe: floppy disk drive, 80-column display, color display, 128 KB RAM. But unlike the Apple IIe, it had no expansion slots, so it was hard to add features to this computer. It ran either with DOS 3.3 or with ProDos and had the first version of QuickDraw in ROM.

Released in 1984, the Apple IIc was originally designed to be a portable version of the Apple II, but it wasn’t a stand alone system, it had no batteries and no LCD screen (Apple would soon release these items), it could also be used with a small 9″ monochrome green screen which plugged into the unit.”